Wedding Photography in Gloucestershire, Bristol & Beyond

I was asked again to attend the Avon & Somerset Police (Constabulary) Police Awards at Clevedon Hall, Clevedon last week. It’s always an honour to attend such events, especially as the event photographer for the day. 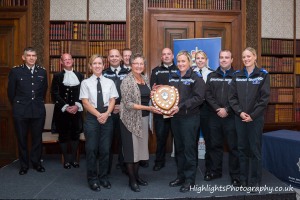 You listen to the many brave, good work and heroic stories performed by Police Officers and Police Staff from across Somerset and wonder to yourself “would I do that?”. They put their lives into situations all for the good of others. Quite humbling to listen to. Bravery & Police Awards is an understatement. Numerous members of police staff and police officers from across Somerset were commended at the event last Thursday 6th October 2016. The awards were proudly presented by Chief Constable, Andy Marsh, the High Sheriff of Somerset, Edward Bayntun-Coward, and Mrs Pat Robinson.

The ceremony was reported by Avon & Somerset Police Media Team, Weston Mercury and Weston Gazette. Click the links to see more of the day.

Have a look at Clevedon Hall’s website here for more information about their venue.

"I pride myself on providing a Professional, Friendly, Affordable and Quality service".

“We were privileged to have Barry and Liz as the photographers at our wedding… they were discreet, unobtrusive, but at the same time felt part of our “family”. We would thoroughly recommend them”

“The wedding photos are fantastic. The best I’ve ever seen, so many lovely details”

“Wow! Barry the photos are amazing. They look brill, I’m so pleased. Thank you so much! I love them. I can’t pick a best they’re all fab. Thanks so much again”